The project aims to mitigate the negative social impact of the COVID-19 crisis on society by providing on the free Silver Line 8 800 800 20 the emotional support and accurate, prompt and reliable information on pandemic issues (including physical assistance at home), with clear instructions on how to deal with a crisis, emotional support and comfort in the event of a crisis, organizing telephone befriending services with volunteers to maintain social relationships.

The project target group: people over the age of 60, especially those lonely and living alone, who face difficulties in exercising their rights and basic needs in the face of the crisis. Being the most vulnerable group to coronavirus, older people do experience higher levels of social exclusion during the quarantine due to the strict prevention measures as well as the information exclusion due to the transition of communication to the digital space. Increased anxiety and panic over COVID-19, pose at a greater risk the psychological health of older population. “Sidabrinė Linija” a Coronavirus hotline helped to mitigate the effects of the crisis on the target group and the society at large. 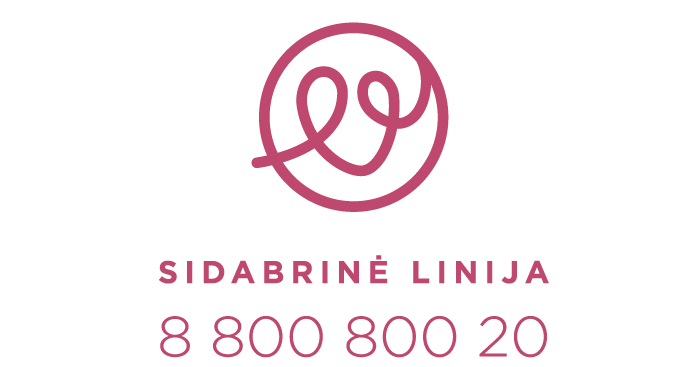 The project encouraged Lithuanian society to support actively the efforts of non-governmental organizations and researchers by persuading decision-makers to take into account the needs of the most vulnerable groups in society while combating the social and economic consequences of the COVID-19 crisis. Using social media and online media the project's information and advocacy campaign attracted 1900 active citizens' votes in support of proposals to the government to ensure adequate incomes, affordable social services and adequate protection of human rights in the crisis response. The advocacy and communication activities carried out during the project mobilized a critical mass of active citizens and media attention and, thus, will have a lasting impact on the development of the state, while improving the representation of the interests of the most vulnerable groups in society.

People First: Monitoring the Implementation of the Law on Protection of Whistleblowers

Problem: The Law on Protection of Whistleblowers is already in effect in Lithuania, yet many institutions do not ensure the safety of the internal reporting channels. Only one out of five people are willing to report about corruption. The main reason for not reporting is the fear of retaliation.

Solution: An advocacy campaign to enhance whistleblowers’ protection, based on the insights from the evaluation of internal reporting channels of 117 public sector institutions conducted in co-operation with the Prosecutor General’s Office.

The second part of the project "At the Front Lines" was implemented during the second quarantine in Lithuania. This part of the project was supported by a large team of physicians who shared the latest information on COVID-19 prevention, spread and the potential consequences to humans' health. The content and aim of the project in the format of videos, articles and photos were shared in the most popular Lithuanian online news platform DELFI.lt. During quarantine, the project contributed to helping prevent the spread of COVID-19 in the society, improving the image and credibility of Lithuanian healthcare providers and the health system as a whole.

The project implemented several activities, targeted at increasing transparency and defending right to information and free speech in Sirvintos, a Lithuanian region heavily dominated by a narrow group of political power players. The project included three online trainings for local independent journalists and activists. The trainees were presented with tools and techniques of investigative reporting, their professional skills were significantly improved. In the next stage of the project, two investigations were conducted, exposing the most influential politicians of the region: Zivile Pinskuviene, the mayor, and her spouse Jonas Pinskus, elected to the Lithuanian parliament in the Sirvintos constituency. The investigations revealed that some of the mayor’s wealth is of unknown origin, with several indications of money laundering risks, while her spouse has been concealing ties to people affiliated with organized crime, cigarette smuggling and money laundering. The investigations reached at least 60,000 people. The public, both locally in Sirvintos and on the national level, was well informed about the problematics of freedom of speech in Sirvintos, and the transparency of local government was increased, although the politicians themselves assaulted the journalists and called them a “well organized gang” of “criminal journalism”.

„I think“: current human rights affairs for teachers and students

Project aimed at increasing awareness and interest of teachers and students about relevant human rights issues, existing on the current political agenda of the Government and on the migration crises at the border of Lithuania. In the framework of the project three e-newsletters „I think“ were prepared on the topics. Each suggested carefully crafted and selected texts on the topics, reflecting a variety of positions. The three topics covered were Partnership law, migration crisis and Istanbul Convention (in relation to the renewal of the Law on Protection against Domestic Violence). As the result of the project, we helped to educate teachers and students about the mentioned human rights topics, develop critical thinking, media literacy, respectful and argumentative discussion skills, and in the long run - to the stronger civil society.

Think, as you think

The project “Strong Regions - Strong State” aims to strengthen the competencies of the non-governmental sector representatives who are delegated to Partner Groups under the Regional Development Councils. The main objective of the project is to ensure that delegates can properly represent the non-governmental sector in the regions, contributing to changes in public policy. The main focus is on the development of representation, submission and presentation of proposals or recommendations, advocacy, decision-making, and the development of negotiation competencies. The project also created and is developing a network of delegated representatives. Cooperation and communication between them, sharing of experience and good practice is encouraged. Experts from national umbrella organizations also took part in the networking, sharing their experience. It will also continue to share insights, relevant documents and issues from his / her supervised sectors after the end of the project.

European Economic Area (EEA) and Norway Grants is a contribution of Iceland, Liechtenstein and Norway to reducing economic and social disparities and to the strengthening of bilateral relations with 15 EU Member States (13 new Member States, Greece and Portugal). The Active Citizens Fund (ACF) in Lithuania financed by the EEA Grants in 2019-2024 will allocate EUR 9 million to the strengthening of civil society and empowering vulnerable groups.